Ideas and inspiration for a life well-lived.

Love is All Around You

For the Love of Burgers

Get Sky Suite seats to F1

Is Your Wine Really Vegan?

For the Love of Burgers

Our very own Chef Malcolm Lee of Candlenut took his love for burgers to a whole new level with an exciting collaboration with popular burger chain Shake Shack, and Comoclubbers were the first in line. For this one-day only collaboration, it was as if all of Singapore’s burger lovers had flocked to Shake Shack on Neil Road, the road where Candlenut first opened in 2010. The queue was incredible. It went on and on, snaking around the block. Our Comoclubbers got to skip the queue and be among the first to try this limited edition menu before doors were opened to the public. 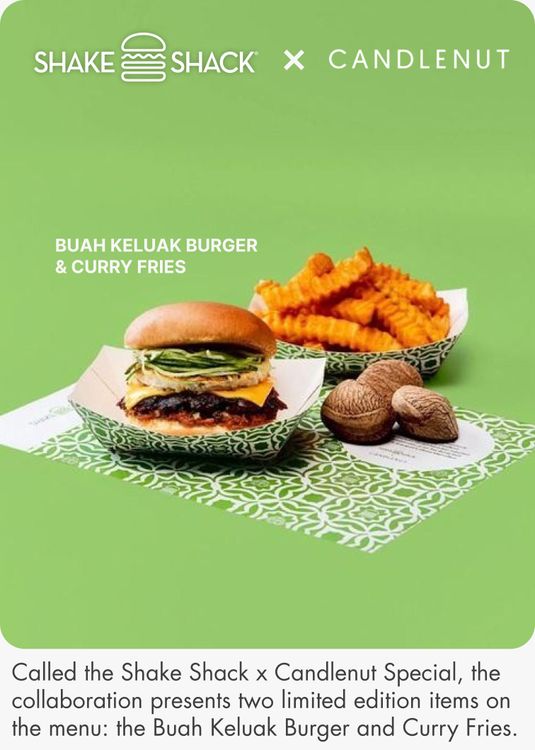 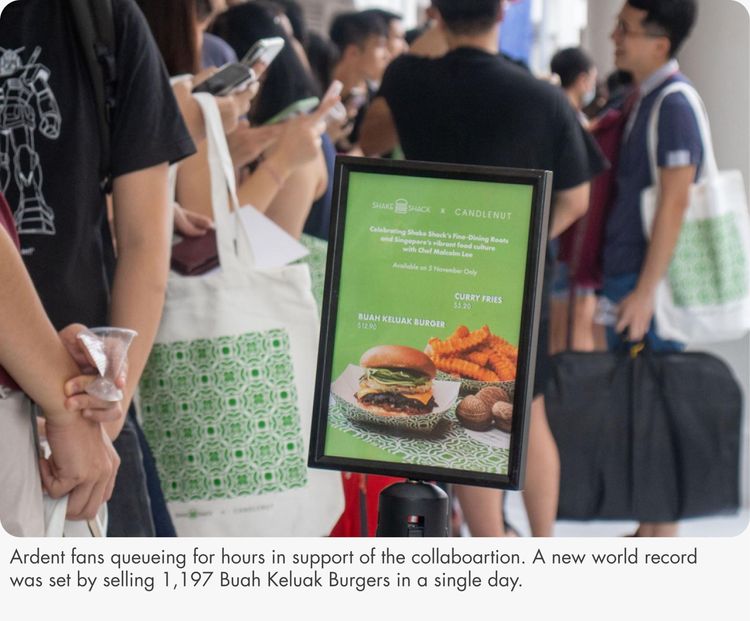 Peranakan roots inspired Chef Malcolm as he served up a menu that was close to home: Buah Keluak Burger and Curry Fries.

That morning, they were greeted by the smell of Buah Keluak burgers cooking on the grill. The burgers were absolutely delicious – succulent beef patties covered with buah keluak glaze, and topped with a Mum’s chicken curry sauce. The curry fries were perfectly cooked, dusted with curry powder and kosher salt.

The atmosphere was electric, with live music from music duo Jack and Rai, and food lovers smiling from ear to ear. This was definitely an event to remember.

The story behind it all

Chef Malcolm first tried Shake Shack in 2011 and has been a fan ever since. And when Shake Shack culinary director Mark Rosati visited Candlenut in 2019, the two started working on the idea of a collaboration.

The Buah Keluak Burger, initially offered only as staff meals at Candlenut, was the inspiration and the rest is record-breaking history.

Shake Shack is no stranger to collaborating with noteworthy restaurants. They have previously collaborated with the likes of 3 Michelin-starred Atelier Crenn's Dominique Crenn and Momofuku's David Chang, who set Shake Shack’s global record for serving 901 burgers in one day.

The Candlenut x Shake Shack collab shattered that record by selling 1,197 Buah Keluak Burgers in a single day. A true testament to the power of local flavours, meticulous craft and a love for food in bringing people together.

This is just one of many events where Comoclubbers can expect to get early access. All in the spirit of bringing like-minded enthusiasts together for memorable moments.